Plan and rediscover exotic Andaman with incredible experiences all specially made for you.

India’s only live volcano which had started showing activity in 1991 after lying dormant for over 150 years has again started spewing ash, the researchers at Goa-based National Institute of Oceanography (NIO) have said. “The only live volcano in the Andaman and Nicobar islands is erupting once again. The Barren Island volcano, located 140-km north-east of Port Blair, dormant for more than 150 years started erupting in 1991 and has since then shown intermittent activity,” NIO said in a statement in Panaji.A team of scientists led by AbhayMudholkar, from CSIR-National Institute of Oceanography (CSIR-NIO) in Goa reported that the volcano is active and spewing smoke and lava once again.“On the afternoon of January 23, 2017, the scientific team on board CSIR-NIO’s research ship RV SindhuSankalp was busy collecting sea floor samples in the Andaman Basin near the Barren volcano when it suddenly started spewing ash,” the NIO has said.“The team moved about one mile from the volcano and began closely observing it. It was erupting in small episodes lasting about five to ten minutes,” said the release.During the daytime only ash clouds were observed. However, after sundown, the team observed red lava fountains spewing from the crater into the atmosphere and hot lava flows streaming down the slopes of the volcano, it said. NIO has said the volcano was revisited in the early hours of January 26, 2017 again during the second leg of the cruise led by B NagenderNath, adding the team witnessed the continuation of spurts of blasts and smoke.“They have sampled the sediments and water in the vicinity of the volcano and recovered coal-like black pyroclastic material representing proximal volcanic ejecta. Clouds were seen at the crater mouth where the smoke was bellowing out in otherwise clear sky,” These samples will help in deciphering the nature of the present and past volcanic activity in the region.Researchers from CSIR-NIO have been studying the past volcanic events in Andaman Basin-based on the ash layers in a sediment column. 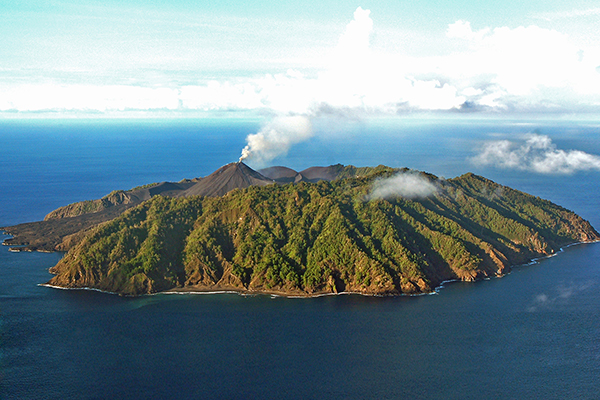 “The team observed the activity for about four hours before continuing with their research cruise. Landing on the volcanic island was not attempted as it was too dangerous,” NIO has said.The Andaman Basin is an active back-arc spreading basin and is known for its strong seismicity and many submarine volcanoes and hydrothermal activity, the release said.Scientists from CSIR-NIO have been surveying the Andaman Basin and they have identified many small-submerged volcanoes in a linear chain called a volcanic arc.These volcanoes are formed due to the rising magma formed deep in the mantle due to the melting of the subducted Indian Ocean crust, said the release. A few of these submarine volcanoes have been dredged for samples and pumice type of light volcanic rock have been recovered, it said. The volcanic island is uninhabited and the northern part of the island is, as the name suggests, barren and devoid of vegetation.Private citizens of India can visit the volcanic island by chartered boats after obtaining permission of the Forest Department in Port Blair.

As you are already aware by now, the Andaman is a Paradise for the true travelers and adventure seekers. It has something to offer for every kind of traveler, for instance monuments for historians, beaches for the peace seeking tourists, water sports and forest hikes for the adventurists, shacks for food enthusiasts and great scenic views for the nature lovers. It is an excellent place offering diverse tourist destinations across 572 islands within a single union territory.

Among many of its beautiful islands is also located the Cinque Island, which is divided into two parts Northern Cinque and Southern Cinque. It is a part of the Mahatma Gandhi Marine National Park located within the Wandoor Islandarea along with 15 more islets belonging to the Labyrinthine Island. The island is situated at a distance of around 26 kilometers from the capital city ofPort Blair and can be accessed via chartered boats and launches, much like the other islands in theAndaman and Nicobar Group of Islands. To visit the Cinque Island one needs to take permission from the Forest Department of the region but night stays are usually not granted here.TheCinque Islandcould be regarded as one of the most spectacular islands across the whole of Andaman and has several unique things associated with it. Some of the most spectacular things that make it a desirable tourist spot are mentioned. 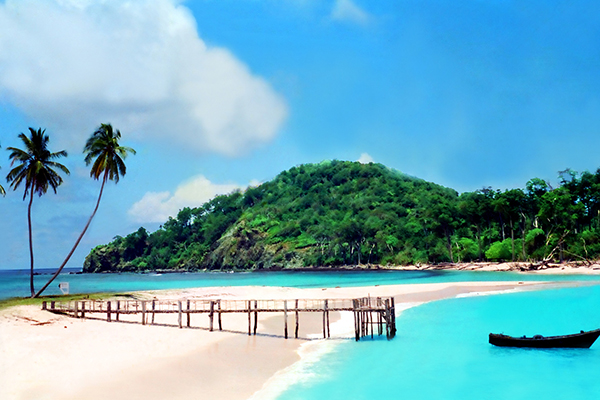 One of the most amazing things about this island is that it is joined its Northern and Southern sections are joined by a single stretch of a sand bar that offers it an exclusive look. Both the islands can be traversed with the help of this sand bar on foot.

The sand bar which joins the 2 sections of the island had broken through during the 2004 tsunami which brought about a huge devastation across different parts of India, but the sand bar has spectacularly reformed since then

The Cinque Island has no human habitation but has a wide variety and rich spread of flora and fauna, some of which are endangered and barely found in any other part of the world.

Another amazing thing about the island is that the water surrounding the island has a visibility of only about 80 feet as they rest of the area seems to be surrounded by hills, caves and dense equatorial forests.

The northern island is constituted of 3 rocky isles with 2 hills, one larger than the other. The larger hill has a light house on top of it that was constituted in 1972 and offers a complete bird’s eye view of both the islands along with the connecting sand bar.

Apart from these spectacular facts and features of the Cinque Island the island is one of the best spots for underwater sea diving and is also a great place to take a look at the coral reef and rich underwater flora and fauna due to the shallow and clear sea waters. Under sea fauna such as colorful fishes, shells, starfishes, sea anemones, turtles, salt water crocodiles and multi-colored water snakes, can be enjoyed at the island. The island has numerous coral gardens under the water which are spread across hundreds of meters into the clear sea waters. A day’s trip to the Cinque Island is an excellent way to spend a peaceful and exotic day on your vacation to the Andaman and Nicobar Islands.

One recreational activity not to miss during your visit to the Andaman Island is Bird Watching. This is a popular leisure activity amongst the wildlife lovers where you can watch the silent drama in their natural environment. The Islands of Andaman has a vast collection of exotic birds with over 270 species flocking around the island. The island houses diverse species of migratory birds including birds that belong to the region. If you get lucky while birding, you may come across rare birds like Purple Moorhen, Lesser Whistling Teal, Cotton Teal, Common Moorhen, Andaman drango, Medium Egrets, blacked napped oriole, Glossy staling, Scarlet Minivets, Andaman bulbuls etc.

There are few places to sightsee birds in Andaman and to make an excellent early morning calls you have to visit the popular wildlife reserves for birding holidays. Andaman and Nicobar Islands have been major attractions for bird watching and ornithologists because of its rich, unique and endemic biodiversity. It is a birding paradise with around 270 species of which 39 are endemic, the State Bird of the Andaman is the Andaman Wood Pigeon. 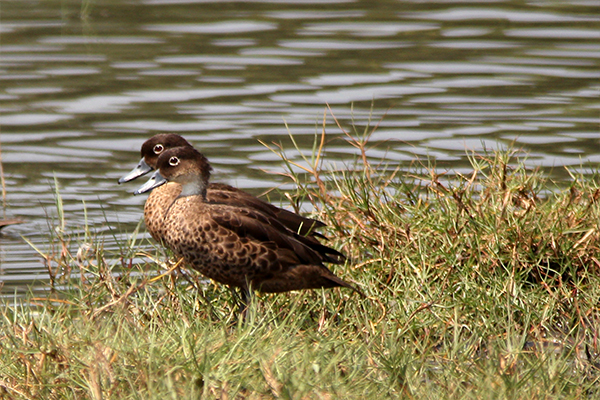 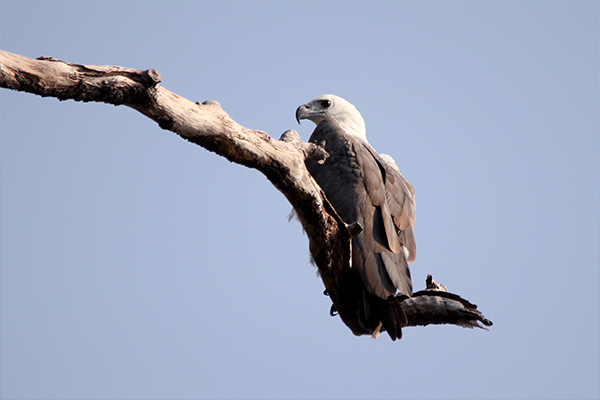 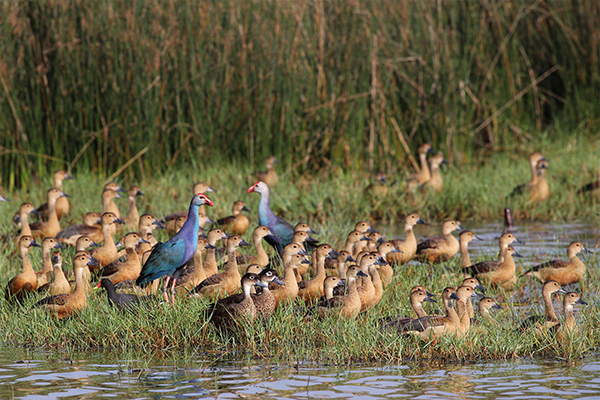 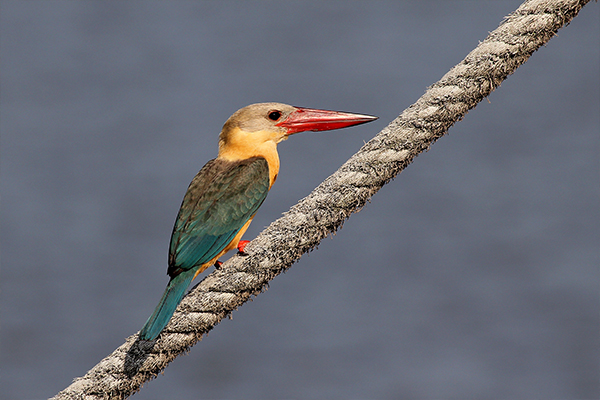 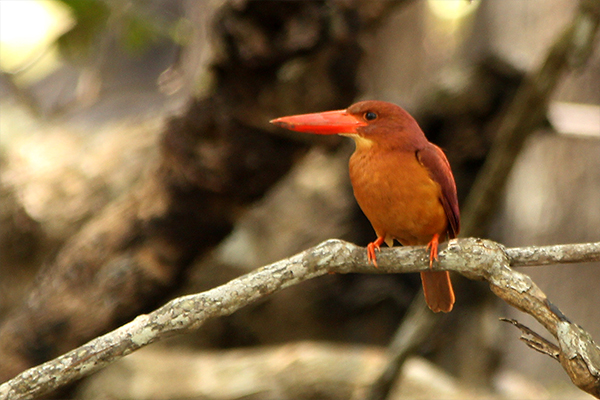 Birding is one of the silent adventure activity that simply shouldn’t missed during your Andaman vacation. Bird watching is your lifetime ticket to the theatre of nature as you watch birds in their natural environment.

If you enjoy wild birds watching start by getting down to Port Blair for the rare species of birds found in this islands.

We have our own dedicated team for Bird watching headed by Mr. RupeshBalsara who was born in Gujrat , Maharashtra in India. He is passionate about wildlife and nature. Further, he has worked with many groups of tourists and has arranged various educational adventure trips in India and abroad. Rupesh is very interested in nature and enjoys spending time out and in being one with nature. He enjoys traveling and is very detailed oriented when it comes to capturing images. Rupesh is an avid wildlife and landscape photographer and enjoys shooting with DSLRs, compact cameras.